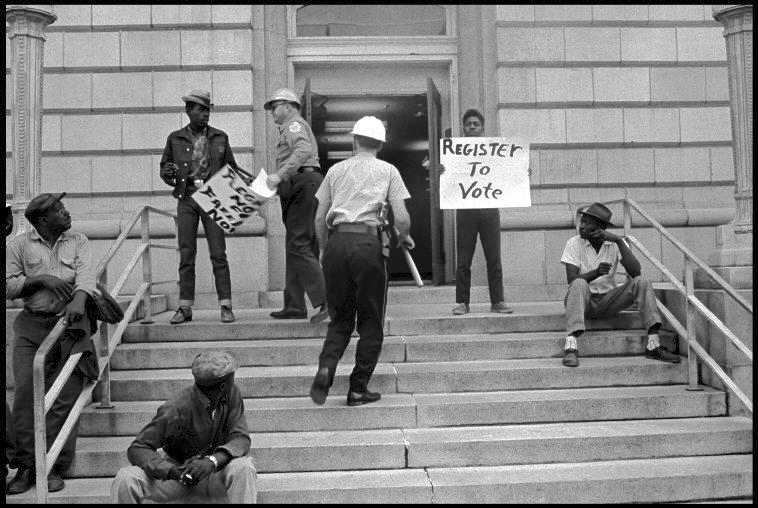 Sheriff Jim Clark arrests two demonstrators who displayed placard on the steps of the federal building in Selma, 1963. 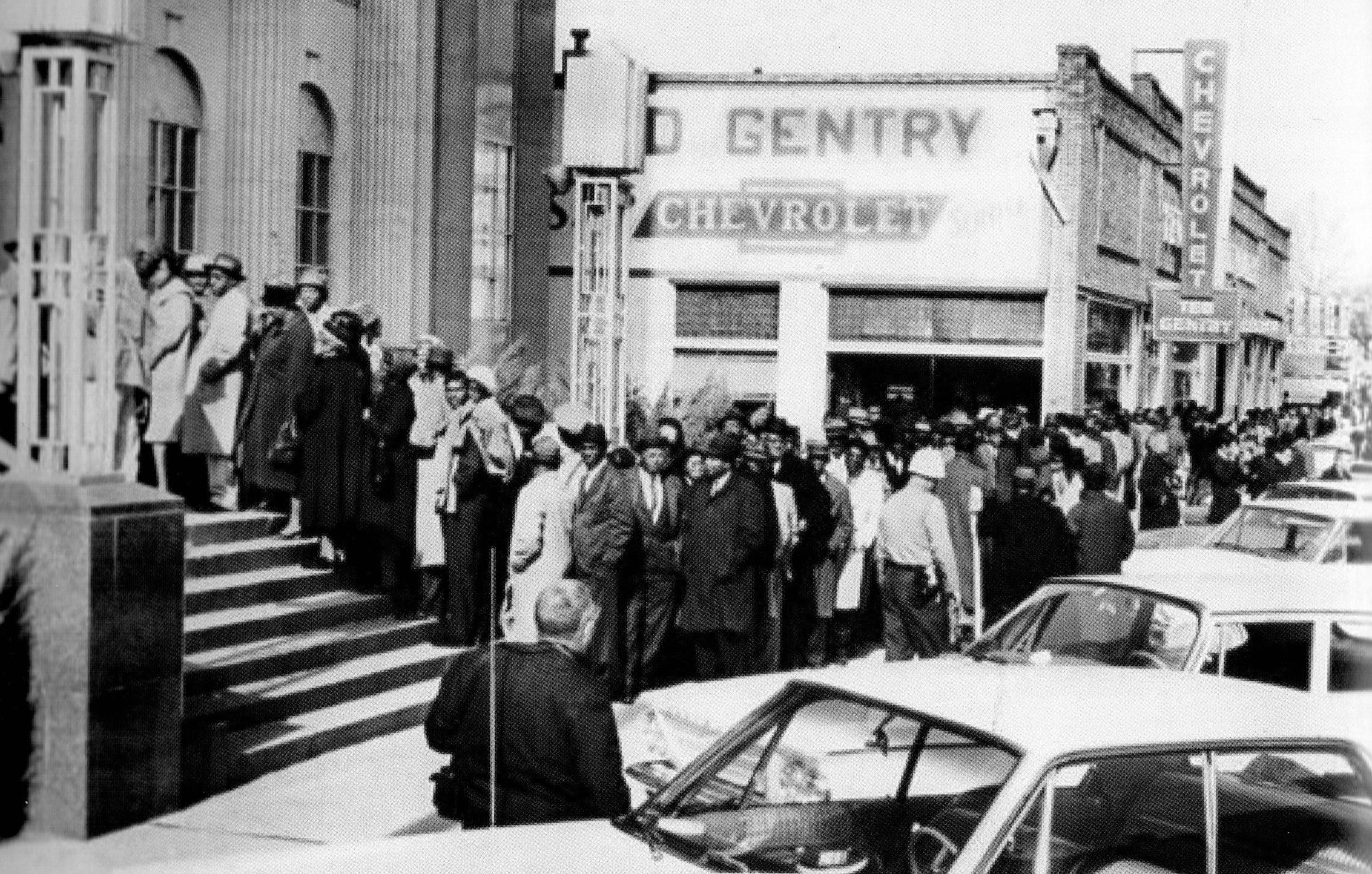 Afro-American citizens of Selma line up at the courthouse to register to vote. They are denied. 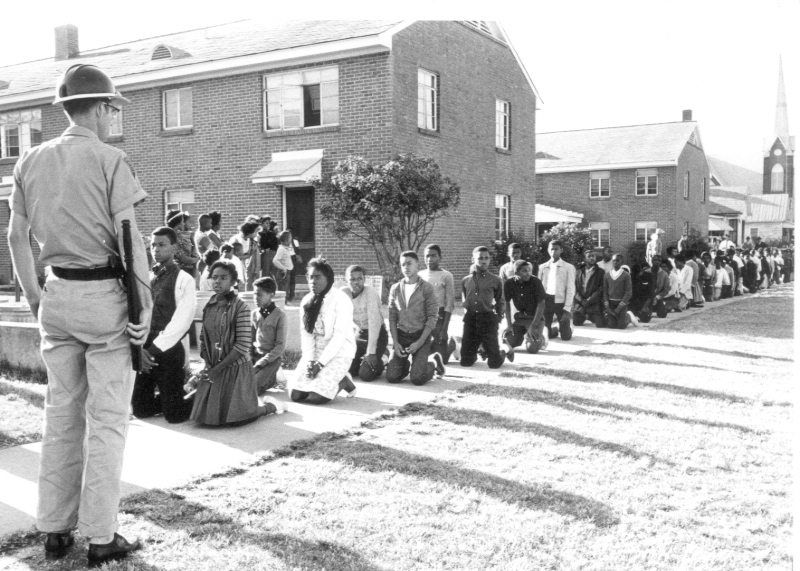 Young students march for voting rights and are placed under arrest. 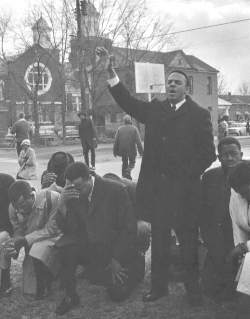 Preaching a sermon of freedom on a cold winter day. From left, John Lewis of SNCC (kneeling), Hosea Williams of SCLC (kneeling), and Andy Young of SCLC (standing). Movement headquarters Brown Chapel is in the background. 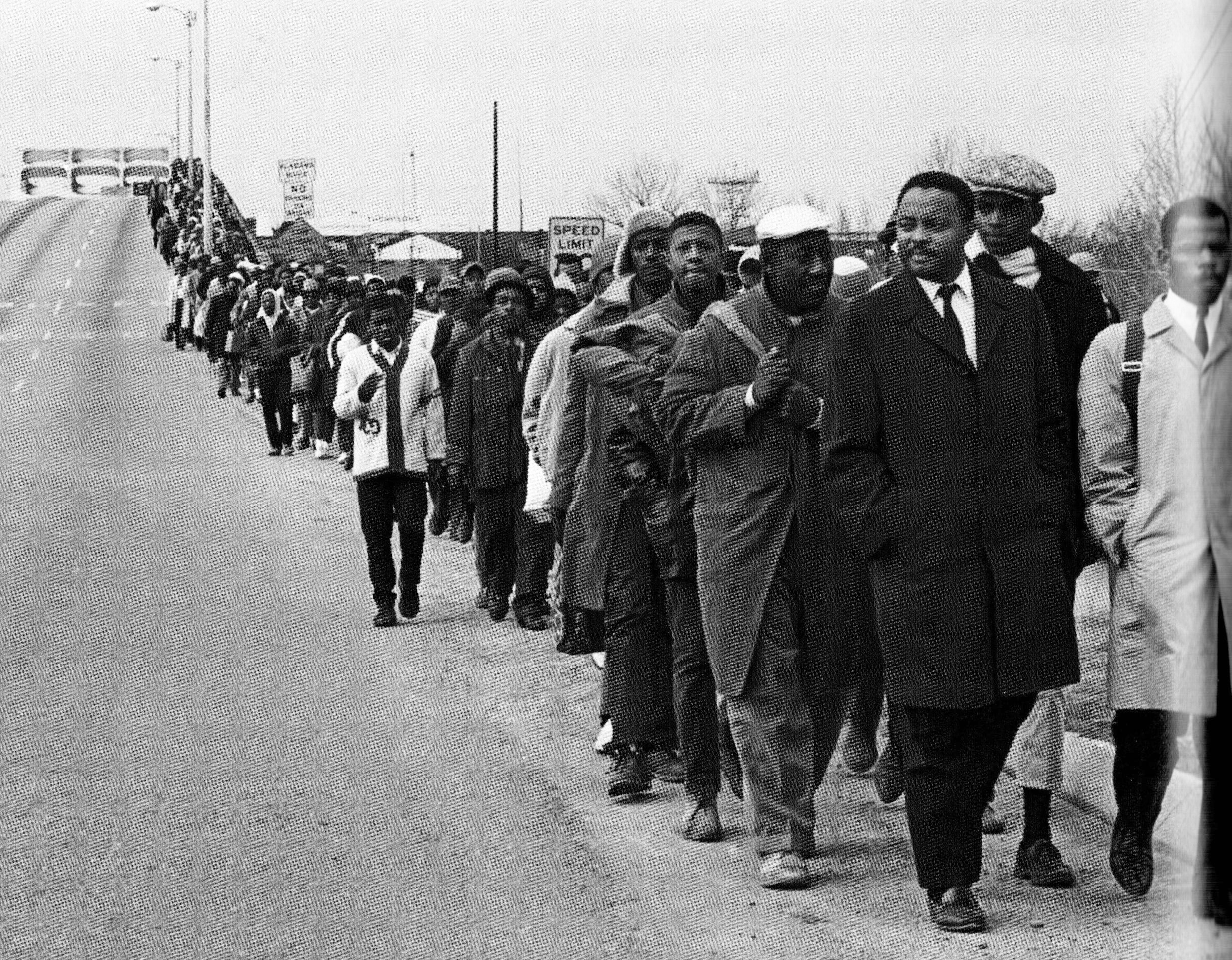 Hosea Williams (SCLC) and John Lewis (SNCC), followed by Albert Turner (SCLC) and Bob Mants (SNCC), lead the march down from the Edmund Pettus bridge towards the waiting troopers and possemen.

Police and Possemen await marchers on the other side of Edmond Pettus Bridge. 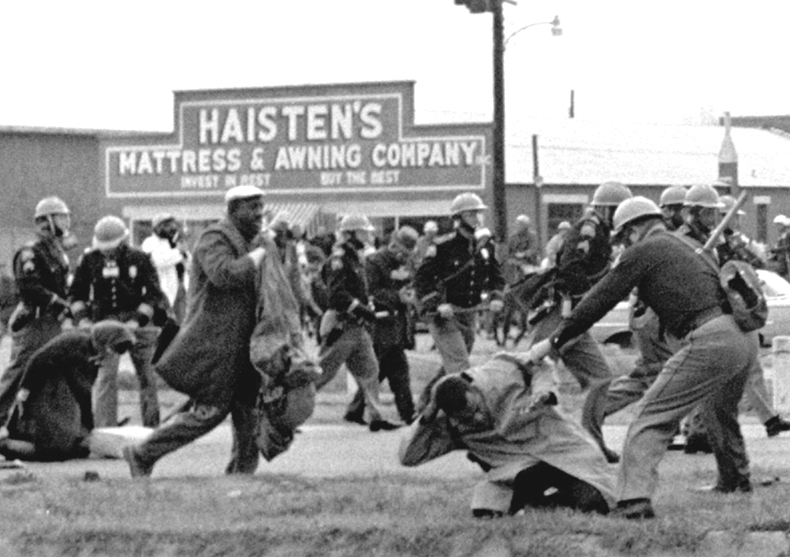 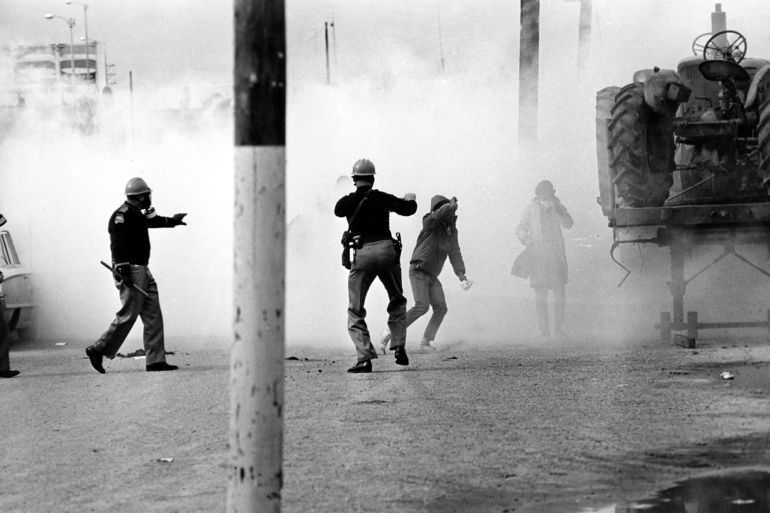 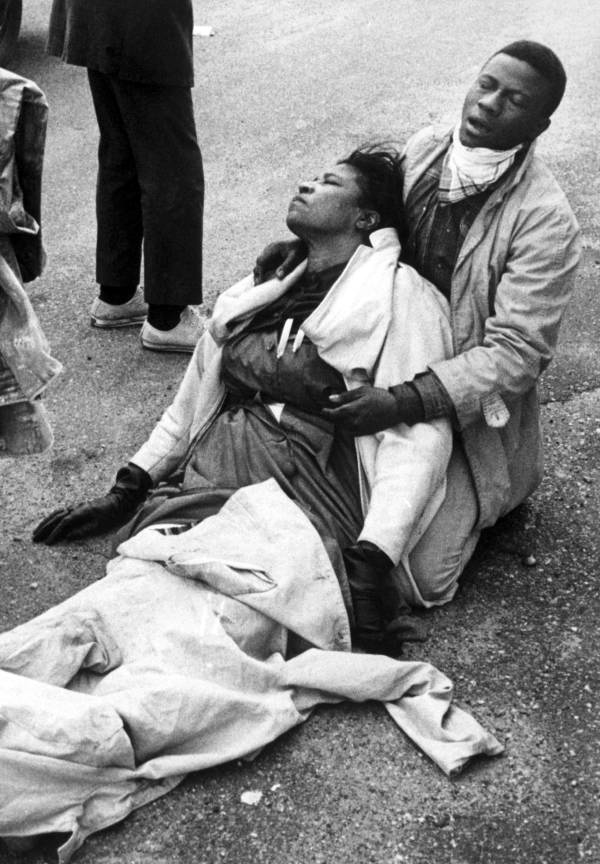 Selma Movement leader Mrs. Amelia Boynton after being gassed and clubbed to the ground. 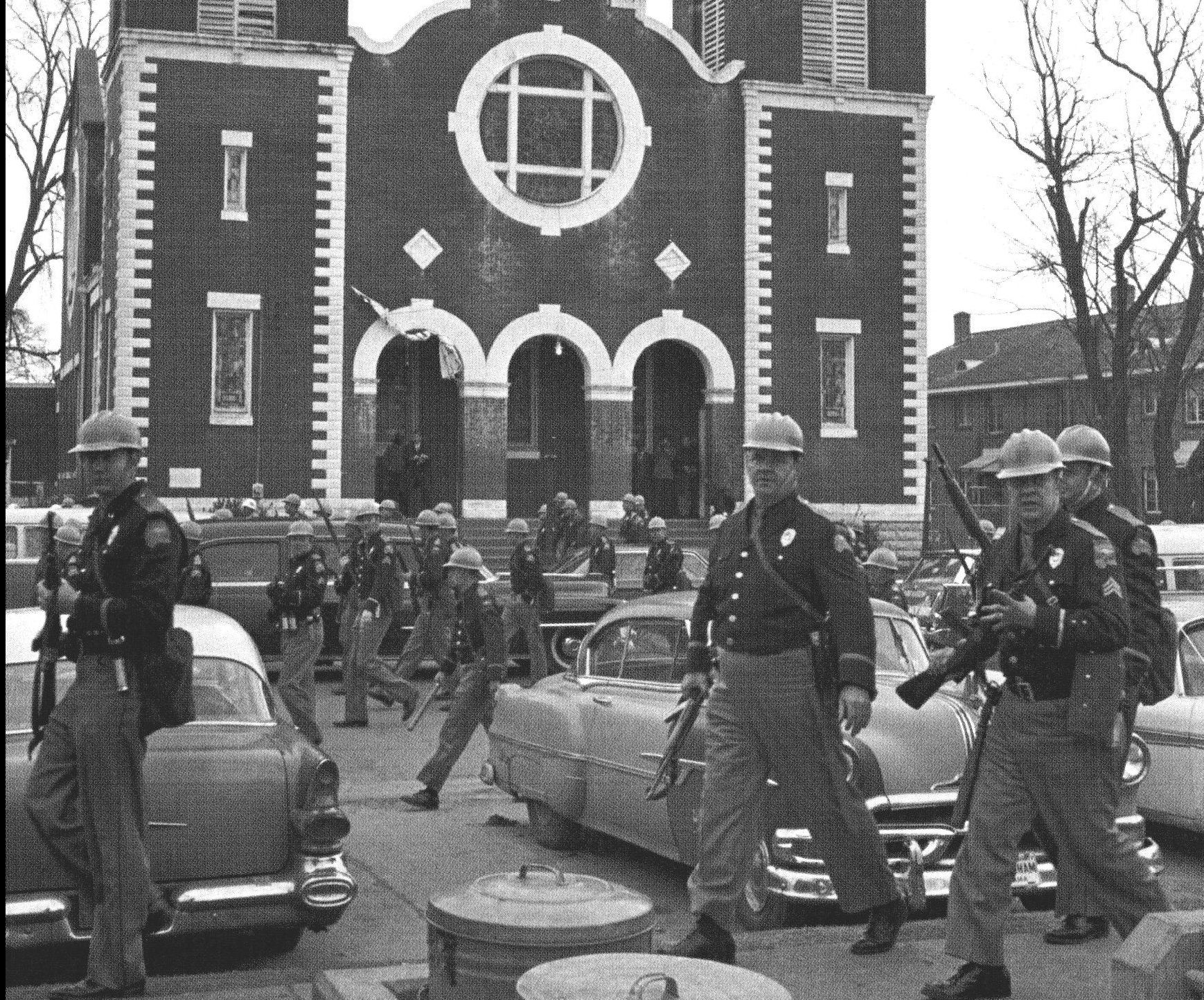 Troopers outside of Brown Chapel, the headquarters for planning the march. (Note that the troopers are now carrying rifles & shotguns) 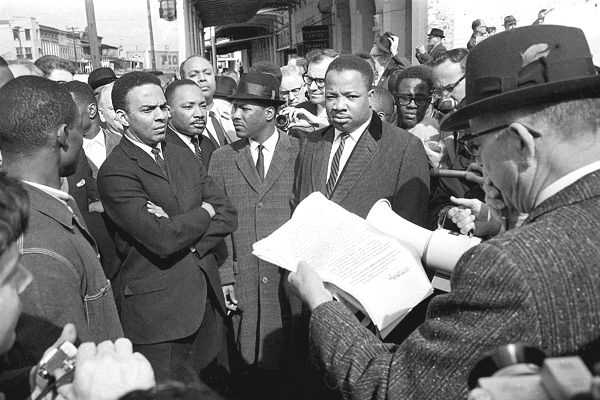 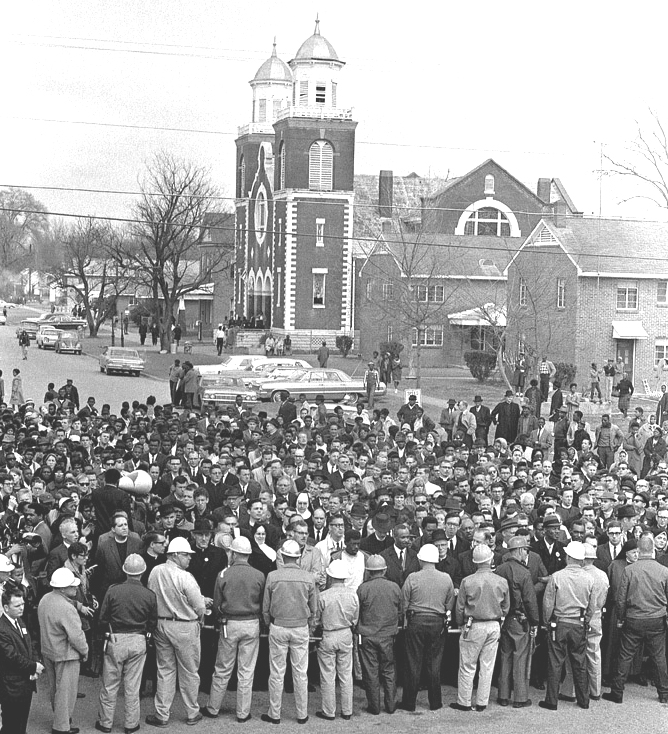 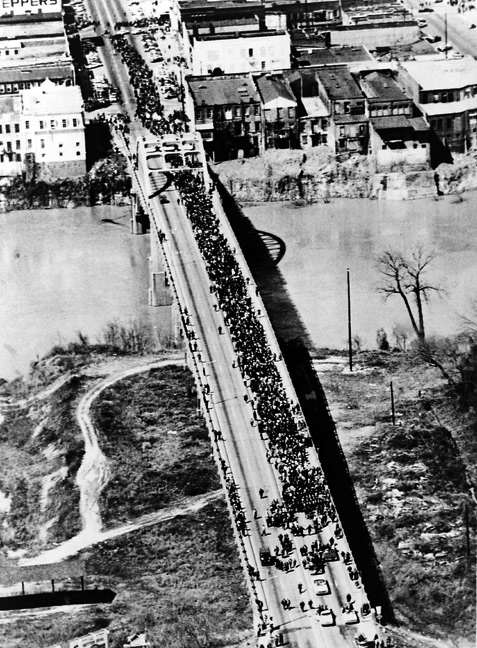 Thousands strong, the march crosses over the Edmund Pettus Bridge. 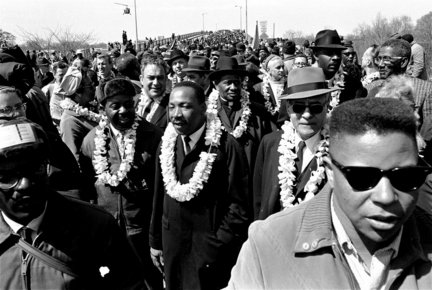 March leaders and luminaries such as Dr. King, Rabbi Abraham Heschel, UN leader Ralph Bunche, Episcopal Bishop Richard Millard, and others, wear colorful flower leis distributed by the Hawaiian contingent, as they finally lead the march out of Selma on March 21st, 1965. 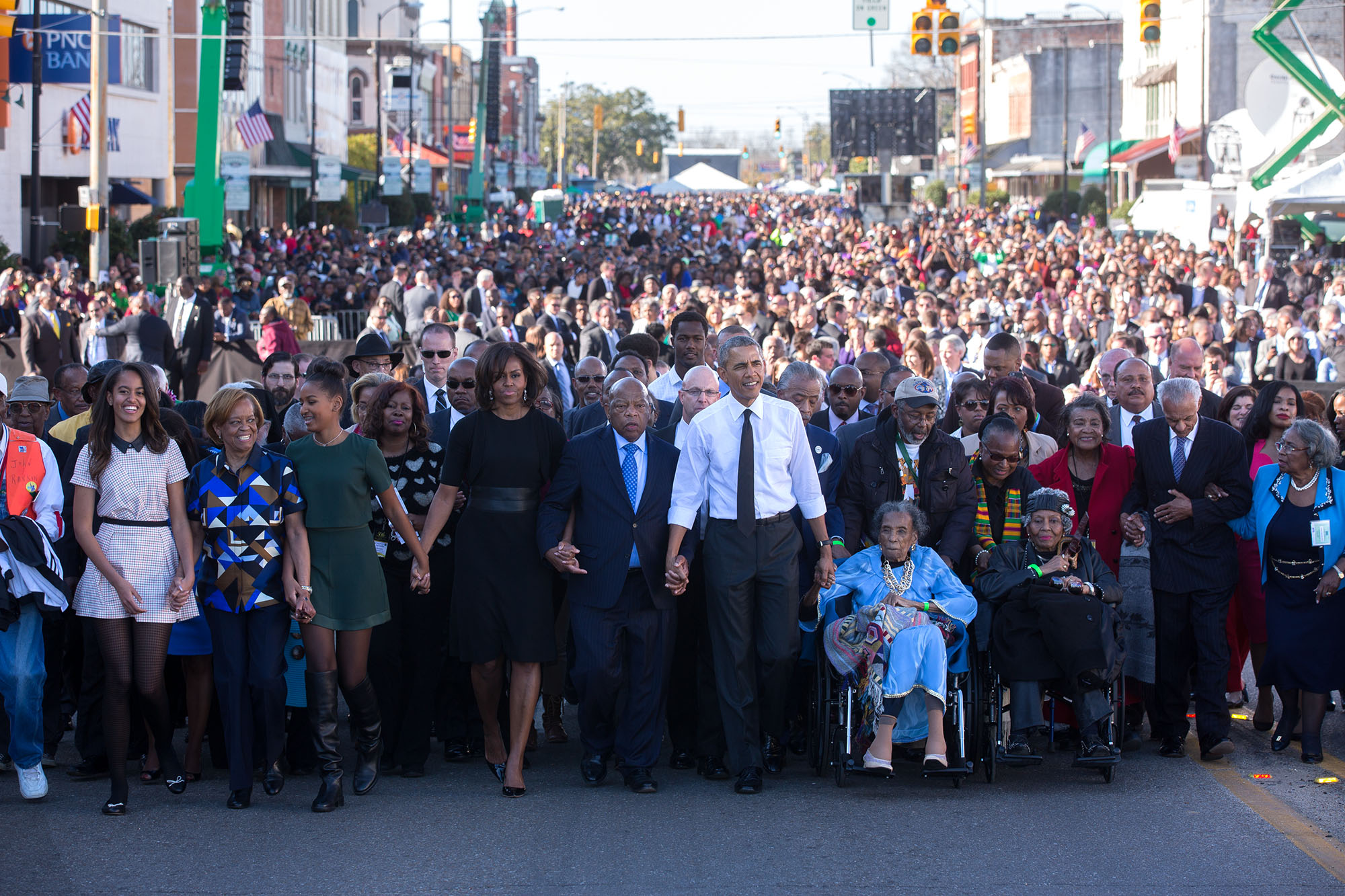 The Obama's walk hand in hand with Rep. John Lewis, Amelia Boynton Robinson, and the other Selma foot soldiers at the 50th anniversary of Bloody Sunday in 2015.