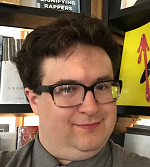 You can search for OWU resources using the online catalogs below. As always, contact us if you're not finding what you need.

is a library search tool that lets you search across the majority of the library's resources including books in CONSORT, full-text articles from academic databases, media, ebooks, and lots more from a single search box.

You can read more on how to use Summon here.

is the online catalog shared by OWU, Denison, Kenyon, and Wooster. Search here to find books, magazines, music, and video.

allows you to search libraries throughout the state and request items to be delivered to you here at OWU.

*If your item isn't available via OhioLINK request it through Interlibrary Loan.

is a catalog that expands your search even further, searching libraries all around the world. And yes, you can request items from here too!

Titles for works of music can be a little tricky, in that they can vary in language or form depending the recording or source of work. To make your catalog searches more effective note the following:

The Generic Title of a work will identify the format of the work, such as Sonata, Symphony, or Concerto.

The Distinctive Title of a work is the unique title like you would have for a book or a film, such as Eroica, or Fanfare for the Common Man.

A title may also include a Work Number. Depending on the composer, the number could be called

Titles can have some or all of these aspects to their title.

For example, Mozart's String Quartet (K.387) could appear as:

The Marriage of Figaro could appear as:

Uniform Titles are used by library catalogs to bring together different forms of a title. They provide you with one official title to search by and are constructed using certain rules. They can be helpful since music titles often differ in terms of language and/or wording. Instead of trying to anticipate these differences you can bring them all together by using a Uniform Title. The form of a uniform title is this:

So the Uniform Title for Beethoven's 5th symphony looks like this:

Or, the Uniform Title for The Marriage of Figaro looks like this (uses the original language of title):

Here's how you will see Uniform Titles in the CONSORT catalog:

In the CONSORT catalog you can narrow your search to print scores using the Advanced Search feature.

At this time, Beeghly Library only carries physical audio recordings on compact discs. Recordings in other physical formats may be available for loan from other CONSORT and OhioLINK libraries.

To find CDs in the CONSORT catalog: