Professor Hankison graduated from OWU in Zoology before earning her Ph.D. in Biological Sciences from Clemson University. Ongoing projects in the Hankison Laboratory include investigating the use of gene-based cues (MHC alleles) in mate choice in the sailfin molly (Poecilia latipinna), the influence of relatedness of behavior in mollies, and mating behaviors in both mollies and stickleback fishes. They are also investigating the role of evolution in shaping morphological structures involved in mating within mollies. Research approaches incorporate behavior observations (using state of the art analysis software), morphological methods (light and electron microscopy), and collaborating with other laboratories to incorporate molecular biological techniques (PCR sequencing and microarrays).

This course covers the major concepts of biological evolution. Topics include the major patterns of evolution, such as speciation, coevolution, convergent evolution, mosaic evolution, and adaptive radiation. Also covered is the process of adaptation via natural selection, the generation of variation through the mechanisms of mutation, recombination, and gene flow, and other important evolutionary mechanisms. Process and concepts are applied to a variety of species including a final focus on human evolution. 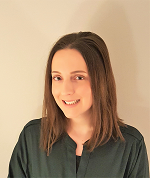